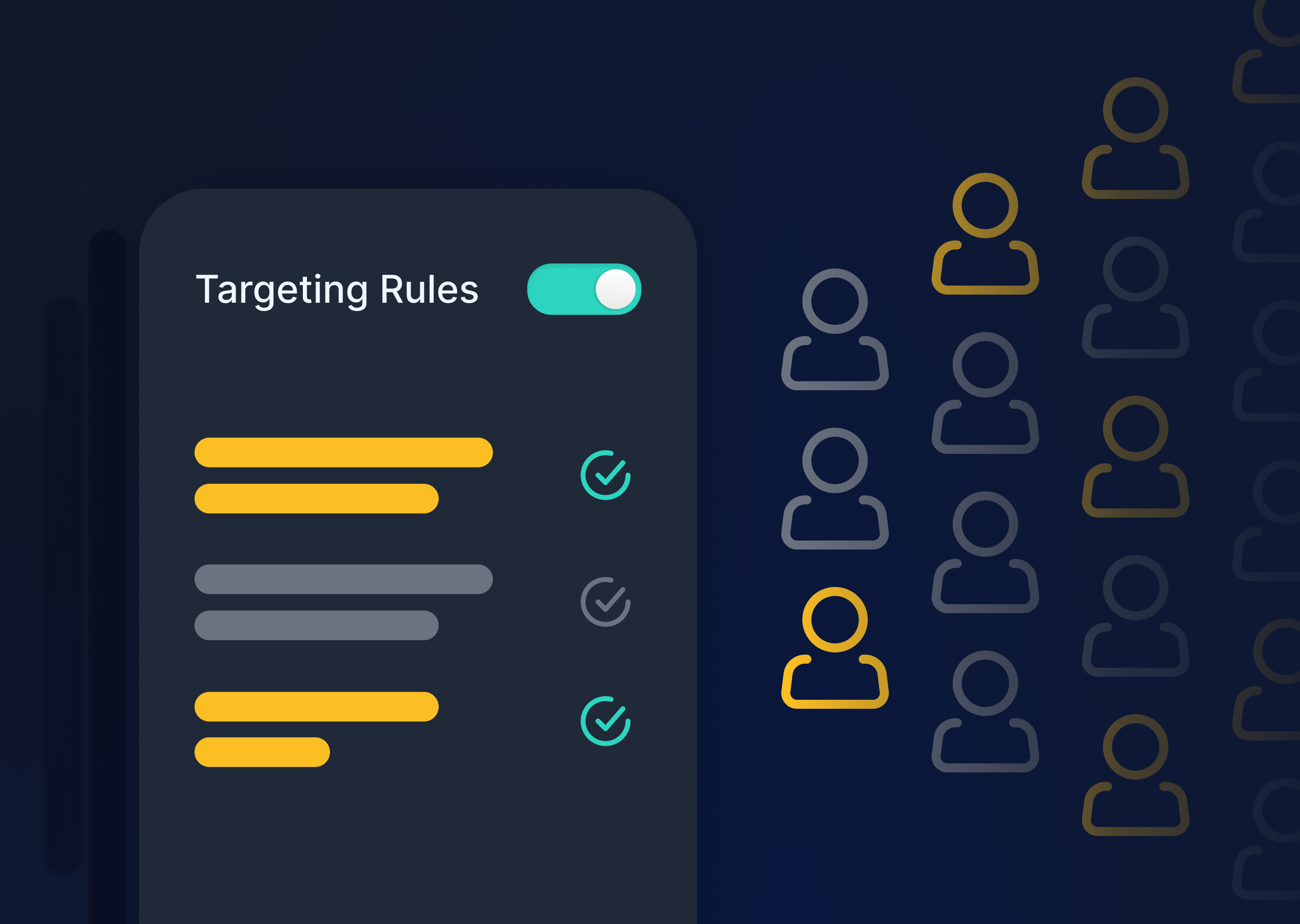 Multi-Audience Targets in a Feature

DevCycle’s Feature Management has been enhanced even further by the introduction of Multi-Audience Targets within each Feature. Now, a single feature can contain multiple rules which define which users receive the feature, and which variation of a feature each user should receive.

New! In a single feature or experiment, give different users different experiences at different times — all in one easy to use interface!

We’re excited to announce that DevCycle’s Feature Management has been enhanced even further by the introduction of Multi-Audience Targets within each Feature. Now, a single feature can contain  multiple rules which define which users receive the feature, and which variation of a feature each user should receive.

The power of advanced targeting

Historically, tools that deliver Features or Experiments to users typically have only a single audience defined as a target to receive those features or experiments. Now, with Multi-audience targeting, specific conditions can be easily defined, outlining exactly which users should receive should receive a feature, each with the ability to specify timing, and even which variation of a feature they should receive.

There are many ways this can be used to enhance your user’s experience, as well as your development experience and your product management experience.

For example, within DevCycle, you are able to create multiple variations of a single Feature. Let’s say you want to make sure users in one country receive a different experience of users in a different country. Traditionally, you would have to create two entirely different features with two different keys, if statements in your code, etc.

Now, with multi-audience targeting, simply define the two variations of the feature, and choose who will receive each, all in one place! This can be brought even further by creating personalized experiences for users of different properties, each receiving a different variation of a feature.

A common use we see here at DevCycle for having multiple targets is for QA and development. When a feature is made, it is always deployed to production even during development, however, the developers make sure to only target themselves or their team so that it will not be seen by anyone until the feature is ready.

As this feature progresses, the developers are able to make simple targeting rules that can target the QA or Design teams for review. If other internal stakeholders wish to see the progress, they can be easily added and targeted as well. This is an important distinction, as these additions do not at all impact the original developer’s targeting rules and can be easily deleted in a single click once they are past their usefulness.

Additionally, during development, variable values may be modified for testing and tinkering. As these values are updated live on save, doing this would impact what the other developers would be seeing, which can lead to quite a bit of confusion and potential bug reports early on.

To mitigate this, our developers often create their own variations of a feature that have specific values to themselves they can tinker with. They then simply target themselves to receive those variations, and now have a way to make modifications without impacting any other users or developers.

A tool for product

A favourite use of mine, being on the product team, is using multiple targeting rules to roll out a feature to various audiences over time.

For example, we will want our development team to receive features first so they can be looked at an be QA’d. After this, a second target can be simply added to also give the feature to the internal team so all potential internal stakeholders can review it.

After this, I am able to create a production rollout plan directly on the target once and walk away:

First, I’ll have a list of beta users which I’ve marked with [custom properties], and it will roll out to those users over the course of a week. After this, a brief period of waiting, and then it will be slowly rolled out to production over the course of the following few days.

This setup requires a single setup and helps both engineering and product coordinate a release together all in one easy to understand spot.

How do I set up multiple audiences?

The documentation can be found [here](enter doc link), and for some additional information, here are quick steps below.

Simply go to the targeting of any feature on any environment, and click “Add targeting rule”.

Note, these rules are evaluated in numerical order from top to bottom. This is outlined here:

We hope this is useful to you and your team! Head over to DevCycle and try adding multiple audiences to any feature.

How to empower your engineers with DevCycle's Command Line Interface