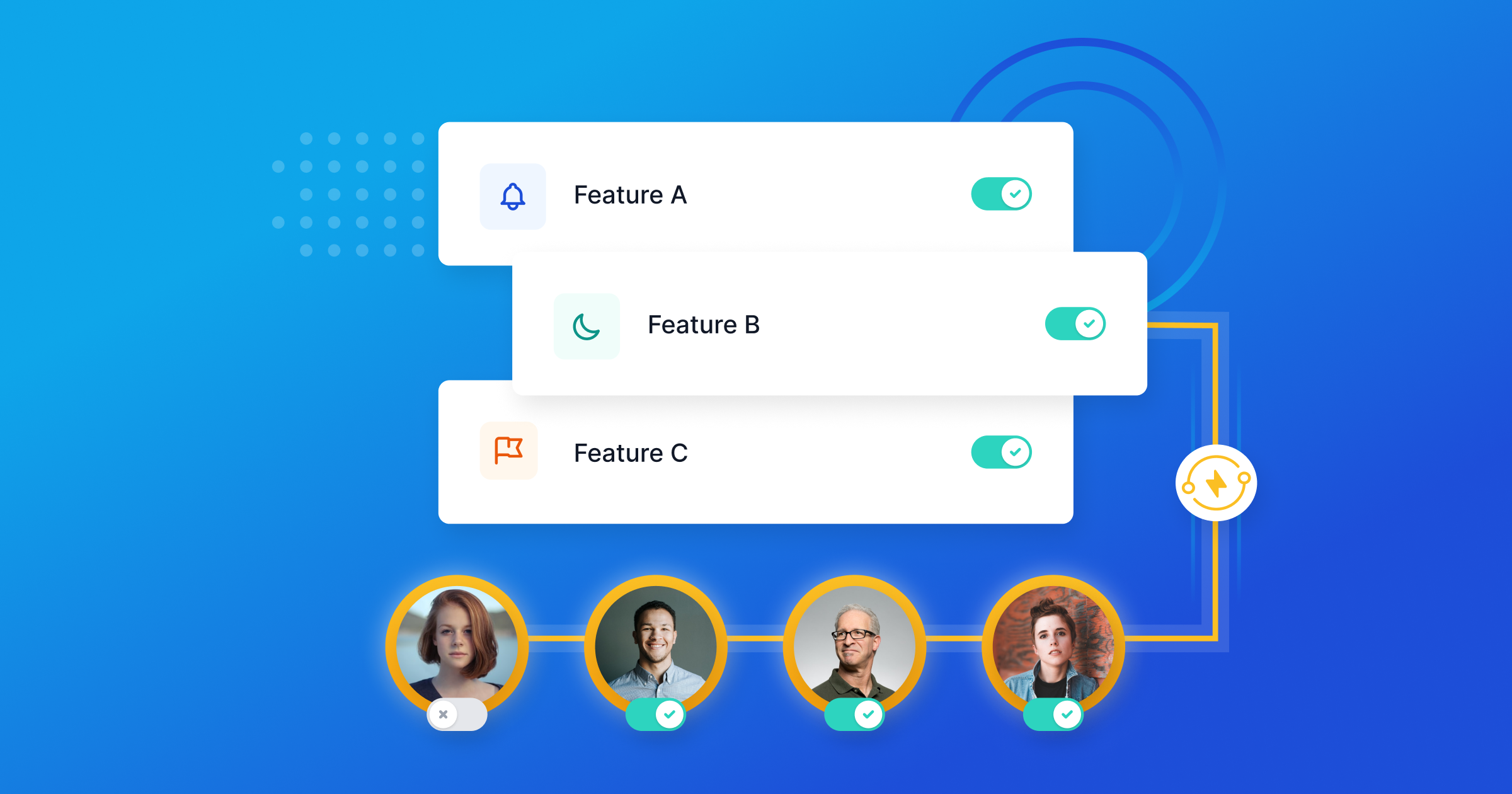 Today, we're excited to announce the release of Feature Opt-In: a way to let users try new or advanced features before they’re available to everyone.

Feature Opt-in allows end users of your product to “opt-in” to a list of advanced features through a pre-built component that can be implemented in your app and website with one line of code. This enables a wide array of possibilities like beta program management, self-serve preferences, QA debug menus and more — all giving your users more control over their experience.

Leveling the Playing Field - Feature Opt-In gives every development team the same tools that Google, Netflix, YouTube, and Okta have.

Behind some of the most successful and important features to ever exist on the internet was the ability for early-access users to customize and test those features before they were released to everyone else. In addition to being able to provide early feedback, which shaped the success of those features, these early adopters became vocal advocates and social sharers.

Famous examples like GMail Labs, Youtube experiments and many others continue to draw admiration, even many years after they were first used. Feature Opt-In gives every development team this same ability to share features with early access users and iterate on critical user feedback.

Feature Opt-In gives your users some control over their own UX, and allows you to gather feedback from them in the process. This sort of user-driven growth ensures your team is putting their time, energy, and resources toward building something your users want.

Feature management is, in large part, about being able to test your features before releasing them broadly, and controlling who sees which features and when. Our Feature Opt-In functionality takes this level of UX customization one step further by letting your early access users choose which features they want to test or turn on, and which they don’t, giving them a sense of agency over their own journey.

What the feature looks like and what it does

To get started with DevCycle’s Feature Opt-In functionality, all you need are running feature flags in DevCycle and a page that you can install the iFrame into.

Feature opt-in is delivered in two components of DevCycle:

iFrame widget - The iFrame widget is what delivers the feature selection to your users. Install it on your site, customize the design through simple settings, and instantly, users can start toggling features.

User Opt-In Targeting Rule - The User Opt-In targeting rule is turned on at the feature level and determines which configuration of a feature to deliver to a user when they toggle the feature on.

One of the core use cases that Feature Opt-In supports is beta management. When running a traditional beta program, it can be hard to find and manage users. Teams are often tasked with managing a large list of beta users and toggling features on and off for them individually. With Feature Opt-In, there is no list management necessary, users can toggle features on and off for themselves. Thus, managing access no longer requires any heavy lifting, so your team can focus on gathering and iterating on user feedback.

If you’re already launching features via DevCycle or some other feature flagging platform, Feature Opt-In allows you to use flags you already have in existence and give users the ability to toggle them on or off or toggle between different configurations of a feature. Simply put, users can customize your application in various ways without any additional effort by your team

The future is user-driven

Gone are the days of lengthy feature releases that take weeks (even months) to release, only to find out a feature doesn’t actually align with your users’ preferences. The future of feature management and digital growth is user-driven, go there with DevCycle’s Feature Opt-In program. Get started for free today.